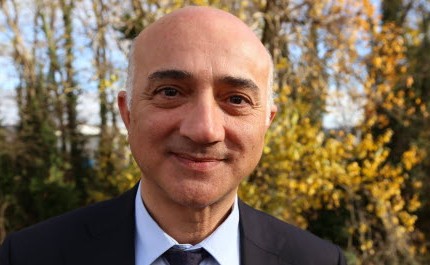 Prof. Hüseyin FIRAT is a pediatrician and practiced as an associate professor in Paris University Hospitals. Following his PhD of Immunology at Pasteur Institute, he was accredited as research director, responsible of the Immunology Laboratory at Généthon.

In 2002, he joined the Biomarker Department of Novartis Pharma, where he headed global omics data analysis sections, served as senior Biomarker Expert in International Project Teams and was a member of Novartis Pharma Innovation Team in Basel. His research activities generated several patented discoveries, based on which three biotech companies have been created.

In 2007, he has been accredited as University Professor in France and founded Firalis in 2008. Since then, he is the CEO and President of Firalis and of its affiliates acquired or created since mid-2013. Via Firalis and its affiliates, Prof. Firat initiated and coordinated numerous European consortia on clinical biomarker qualification such as SAFE-T, CARDIO-SAVE, MIPROG, ADDIA, RABIOPRED and HEARTLINC.

He is Author of > 70 Publications.